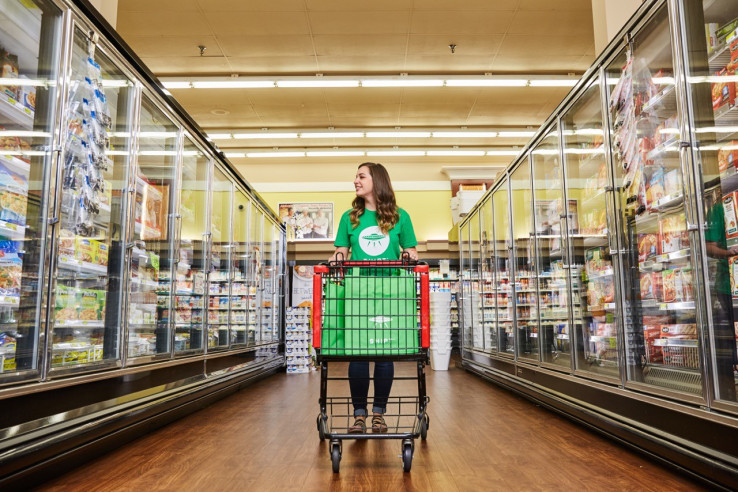 Target, America’s other favorite old-line retailer (the one that’s not Walmart, with the arguably better commercials), is buying the Alabama-based delivery startup Shipt in a $550 million all-cash transaction.

The deal, announced today, is another example of how every single store in America is responding to the very real threat that Amazon will drink their milkshake and eat their lunch, shortly after it delivers those things to their doors in 30 minutes or less.

A combination of Shipt’s delivery services, with Google Express and its voice-enabled shopping options, provides a kind of upside-down universe for retailers that are worried about the Amazon monolith.

And this is happening amid a broader upheaval in the retail world. Amazon has consolidated its own empire with the acquisition of Whole Foods and Walmart has taken its own steps to expand and better integrate traditional retail and e-commerce.

The deal is an incredible win for Shipt and its investors. The two-year-old company has raised more than $60 million from investors, including Greycroft Partners, e.ventures and the company’s seed investor, Harbert Management Corp.

After the acquisition, Shipt will operate as a wholly owned subsidiary of Target, but will run its business independently, according to a statement. The company will still work to expand its partnerships with other retailers seeking same-day, last-mile services, according to executives from both companies.

That means that Shipt will continue to expand its delivery businesses and become an even more significant challenger to Instacart (also a Target partner). And retailers worried that Target would have access to their customers’ shopping behavior through Shipt data can rest easy — Target insists that the data will remain within Shipt and the parent company will not access any customer data other than Target’s own.

Target customers will still need to sign up to Shipt to get the benefits of the service. Once a customer places an order, the Shipt shoppers send a text to connect with the person who placed the order to see if there are any updates or exchanges that need to occur as a shopper moves through the store.

Founded (and initially backed) by Smith, a serial entrepreneur, Shipt launched in November 2014 with a 1,000 person pre-launch enrollment opportunity in Smith’s hometown of Birmingham.

The father of two, with a newborn just arriving in the house in 2014, Smith said the idea for Shipt came to him…