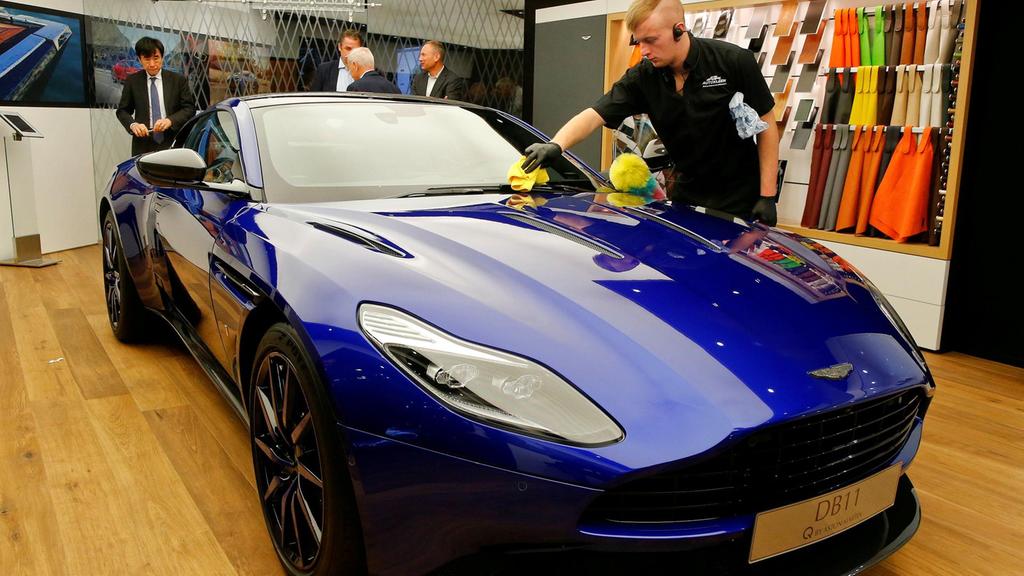 Aston Martin is eyeing the success of Ferrari’s listing as speculation grows that the British maker of some of James Bond’s cars could be considering its own initial public offering as early as next year.

“Clearly Ferrari have IPO’d, they’ve made a great success of it,” Mark Wilson, the finance director of Aston Martin, told The National. “We are very, very similar to Ferrari in how we’re constructed in our heritage and brand and history in cars, so people always naturally make that leap.”

Strong results have fuelled the IPO speculation, with the luxury motor maker roaring back into profit this year after seven years of losses, helped by healthy demand for its DB11 sports car.

Last month the company, which has two showrooms in the UAE, reported record nine-month results on revenues up 84 per cent to £567 million (Dh2.77 billion) for the period ending September 30 and raised its full-year outlook. Aston Martin posted a near fourfold increase in Ebitda to £121m, while it generated pre-tax profits of £22m, reversing losses of £124m in the same period last year.

Mr Wilson said there was no denying the “great success” of Ferrari’s October 2015 listing – with the stock having doubled since then.

“In reality,” he added, “you would have to ask my shareholders what they thought of [a flotation],” referring to the Kuwaiti and Italian private equity funds that control the business.

He said Aston Martin was “not planning on an IPO shortly but that doesn’t mean it might not happen”.

“What we concentrate on as management is delivering on the ‘Second Century Plan’, in fact, outperforming it, which is exactly what we’ve done in the last three years.”

The Second Century Plan is the brainchild of the chief executive Andy Palmer, who joined the firm in October 2014 after a 23-year career at Nissan. In it, he outlined how he intended to transform the famous British brand,…